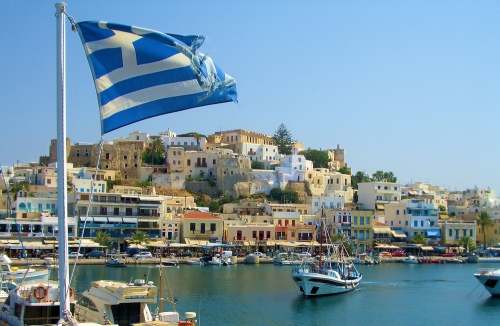 Visit Greece and discover what to do in Greece, its sights miss … We chose to focus on the Greek Islands: Corfu, Cyclades (Mykonos and Santorini), Crete and some sites of ancient Greece (Delphi, Corinth, Olympia). Good sightseeing in Greece!

Greece has 6,000 islands and islets divided between the Aegean and Ionian seas. They have a wide variety of coastal landscapes, which are opportunities for resorts: white sand beaches, black or pebble coves or sea caves, lined with dunes or rocks … Cradle of civilization, they are full of archaeological remains of ancient customs and picturesque places to the delight of visitors.

Corfu is the most emblematic of the islands of the Ionian Sea. It is also the territory to the west of Greece. Corfu town – overlooking the sea – is surrounded by a double fortress, built by the Byzantines and strengthened during the Venetian occupation. Famous, the vast esplanade that bridges the gap between the city and the old fortress consists of a median strip of greenery and topped by an arcaded gallery (built on the model of the Rue de Rivoli, the early eighteenth century).
Out of town, a trip to the north of the island you can admire the bay of Paleokastritsa triple, and remain without a voice to the strong Byzantine Angelokastro. Perched on a steep piece of rock – up to 160 meters – it offers the best views of the island.

Most of the islands in the Aegean are grouped to form seven sets. The Cyclades are a group of 56 rocky islands, sunny and windy, which helped shape the image of Greece paradise: white-washed houses that overlap on the hillside, steep staircases, chapels at the blue dome , small fishing ports shaded windmills … Among these islands, Mykonos should be mentioned that despite its overcrowded summer retains many aspects picturesque Santorini and of course, the most enigmatic, which because of its volcanic activity has given rise to the myth of Atlantis. Witness of the past volcanic activity: the rugged panoramas as a result of the sinking of whole rocks. On the island, you discover Oia, a village with its extremely steep cave houses and villas and swimming pools sheer cliff. See also the ancient city of Thera and its Roman ruins. Crete – the southernmost of the Greek islands – has for its large hotel capacity that are now a destination for mass tourism. But we forget too quickly the other treasures of this island. Heraklion the capital has a high tourist aspect: instead of the Fountain Morisini and restaurants, the Venetian walls and the old port and the city is also home to the Archaeological Museum – the second museum in the country – home to almost all the remains of the Minoan civilization found on the island. Distance of 5 km, the Minoan palace of Knossos is a huge complex whose ruins have been updated in 1878: a palace of 1300 rooms, outbuildings and its maze of corridors and stairways. At 130 to the west of Heraklion, Chania is the second city of Crete. It seduces with its picturesque waterfront and lively facades of Venetian architecture and its typical market. You have to take the carriage to survey its streets. From Chania (Chania in French), hikers will go through the Samaria Gorge, the deepest in Europe.

Ancient Greece in a few sites

The remains of Greek civilization are quite unevenly distributed in the territory. The main sites – not to establish a hierarchy – are in Central Greece and the Peloponnese. If we had only a select few, then we would cite the Acropolis in Athens with the Parthenon temple on its summit, the site of Delphi – 165 km from the capital – focusing the ruins of an important Panhellenic sanctuary (theater, Temple of Apollo), the ancient city of Corinth – 80 km from Athens, on the isthmus of the same name connecting the Peloponnese with mainland Greece – home to Greek and Roman remains, the sanctuary Olympia (in the western Peloponnese, 220 km of Corinth), which was also composed of a temple containing a statue of Zeus in gold and ivory (one of the seven wonders of the world). On site, there are also the ruins of infrastructure in which the Games were taking place before our era.