Kotor (Serbian Cyrillic Котор Cattaro and Italian) is a town and municipality in Montenegro. In 2003, the city had 1,331 inhabitants and the municipality 23 4811.

The old town of Kotor, surrounded by an impressive wall of defense, is particularly well preserved and placed on the World Heritage List of UNESCO. Between 1420 and 1797, Kotor and its surroundings were dependent on Venice. The Venetian influence is particularly evident in the structure and architecture of the city.

It was after the earthquake occurred April 15, 1979 the UNESCO decided to bring the city and the site in the list of monuments and sites. In recent years, Kotor has seen increased significantly the number of tourists (Dubrovnik is only a hundred kilometers), attracted both by the Bay of Kotor and the old town itself. 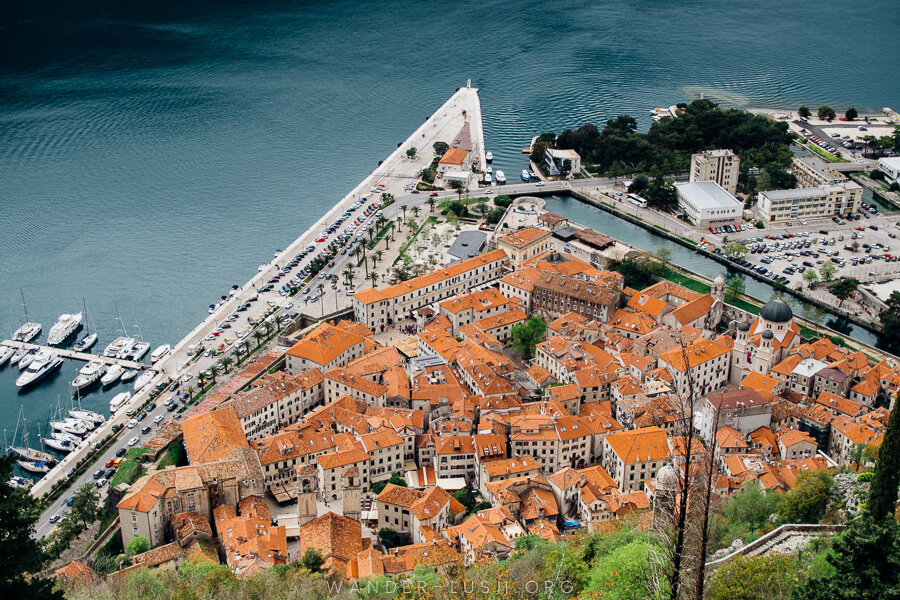 The city is built against a rocky peak in the bottom of the Bay of Kotor (Boka Kotorska) and along the Adriatic Sea. Although the city is a small area, the walls, recently restored, has a total length of 4.5 km to a height of 15 meters and 20 meters wide. Indeed, the walls rise up bastion Saint-Jean, located at an altitude of 280 meters above the city and the sea level

The Bay of Kotor is the southernmost fjord in Europe. At both ends of the mouth, the mountains of Lovcen and Orjen (1894 m) is an all natural delimiting the city and its bay.

The remarkable heritage of the city include:

the Cathedral of St. Tryphon;
Orthodox Church Saint-Luc;
Gurdić the bastion;
the parade;
Grgurina the palace;
the Church of St. Mary.