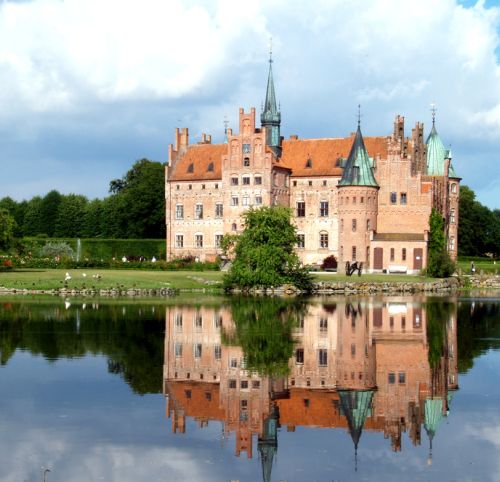 Denmark is a country in Northern Europe and is part of the European Union.

Regions of Denmark : Denmark consists of several entities: The peninsula of Jutland (extension of Germany), The main islands Sealand and Fyn (with the capital Copenhagen), A multitude of other islands (405 inhabited, 82) Borhnolm, Mon, Lolland, Falster, Ærø, Samsø …

Two autonomous regions are linked in Denmark:   The Faroe Islands and Greenland

The Other destinations to visit in Denmark: Malmo has been accessible by the general Øresund Bridge connecting Denmark to Sweden and Island of Bornholm.

How to go in Denmark ?

By Bus, The French company Eurolines dessert Denmark (http://www.eurolines.fr) It offers some of the lowest prices in the market and in any case often cheaper than airlines

By plane, Copenhagen Airport (CPH), located in Kastrup on Amager island southeast of Copenhagen is the largest airport in the region and is served by all major airlines. There is a train station close to the airport with connections to the rest of Denmark and Sweden from the bridge to Malmö. Because of the relatively high taxes, many low-cost airlines tend to use the Billund Airport in central Jutland, also close to Legoland. 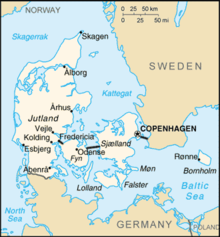 Depending on the region where you want to go, you must either pass through the border with Germany, or by ferry from Puttgarten on the island of Fehmarn. It may be advantageous to reserve a place on the ferry in advance if you want to avoid a long wait. Ferry departures are very frequent, about every 30 minutes and the journey takes less than an hour. Ferries are huge and can ship hundreds of cars, trucks or trains. The fare for a single trip with a car and its passengers is a little over 50 Euros. From Rødby, port of arrival of the ferry you can reach Copenhagen in just two hours.

The official language is Danish but most people understand English very well.

Life in Denmark is very expensive – it’s a country or living is the highest in the world as most Scandinavian countries.

Breakfast is often hearty enough coffee, bread, cereals etc.. At noon, we generally eats sandwiches (smørrebrød – etittéralement the “bread and butter”) based on rye bread (rugbrød) and garnished with a bit of everything: pickled herring, plaice breaded meats, eggs, cheese, fruit , … The only hot meal of the day is eaten in the late afternoon, around 18h. Danes do not usually eat at the restaurant for lunch as the French, so that the restaurant is reserved for festive occasions instead. Therefore – and because of the high level of wages – the prices are high, especially for drinks. Danish cuisine is not specifically known, but there are some specialties that deserve the interest, and, oddly enough, there is a lot of starred restaurants in the country, including the restaurant in Copenhagen with two NoMa Michelin stars and was elected for the second time in 2011 (Nordisk Mad NoMa = Power = Nordic), best restaurant in the world by the magazine restaurantmagazine.com less francocentrique the Michelin. It is inconceivable to stay in Denmark without trying to “smørrebrød”. To get an idea of the variety of trim, you can request a “platte” kind of dish with French bread and an assortment of typical gaskets, all accompanied by a beer and if your heart tells you, a small “snaps” (brandy) to start.

They drink a lot of beer (Carlsberg and Tuborg and also the Royal Ceres) whatever the season! Indeed, it is not uncommon in winter to cross people with a beer in hand. Otherwise, it is possible to warm the glog Danish mulled wine flavored with spices and decorated with raisins that are offered in the aperitif or afternoon tea, served with spiced cookies.